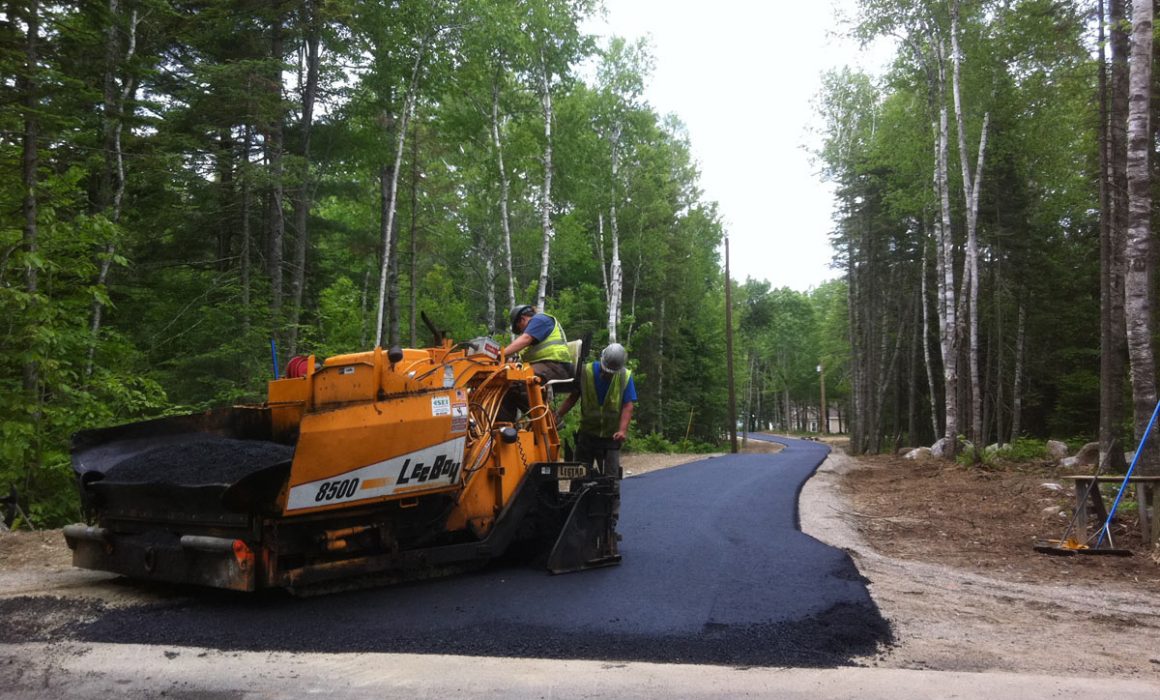 By Steve Fuller
From House & Garden, a special section of The Ellsworth American

If you have a dirt driveway, you know the headaches that winter — or even a soaking summer rainstorm — can bring.

Even the best plow operator is likely going to push up some chunks of sod during the course of the winter. Mid-winter thaws or the spring melt can turn the driveway into a muddy mess, as can those summer rains, and as people go from the vehicle to the house they end up tracking the mess inside with them. 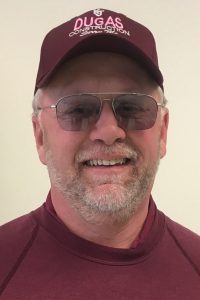 Ken Dugas of K.J. Dugas Construction Inc. in Surry knows a solution that can get rid of those issues: paving the driveway.

The pavement is only as good as what’s underneath it. If you don’t build it right, when you put the pavement down it’s like putting paint on a rusty car.

Now in his 29th year of business in the field, Dugas and his crew have paved thousands of driveways around Maine during that time (in addition to many miles of roads and
commercial parking lots).

He said some of the chief advantages of a paved driveway are that it is low-maintenance, cuts down on what gets tracked into the house, increases a home’s resale value and — if done correctly — will last for a long time.

“The average driveway, taken care of properly, you’ll get 20 years out of it,” Dugas said. “And it’s a huge selling point on a home.”

The process of paving a driveway should start with a consultation with a paving contractor, Dugas said. A paved driveway needs a good gravel base underneath it, and he said that base should be at least 18 inches.

In some cases crews will need to dig deeper, because if there is soft soil or tree stumps or other organic material present that is not a suitable base for the gravel.

“You need to get down to hard till,” he said. The gravel should be screened to make sure there are no rocks bigger than 6 inches, Dugas said, or else the frost “will continually push them up.”

While putting in a base is not exciting or glamorous, and it will not be seen once the driveway is in place, Dugas said it is a critical piece of the process.

“The pavement is only as good as what’s underneath it,” he said. “If you don’t build it right, when you put the pavement down it’s like putting paint on a rusty car.”

How thick the layer of pavement is — a mix of smaller gravel and liquid asphalt — depends on how much traffic a driveway can expect to get, but it should be at least 2 inches thick.

In cases where there is heavier traffic, Dugas said his crews will put down 2 inches of binder pavement (a more coarse mix) followed by an inch of surface paving. He compared binder to putting a coat of primer down first before painting in a home.

“If you have heavier traffic, that’s what you want,” said Dugas of the binder pavement option. 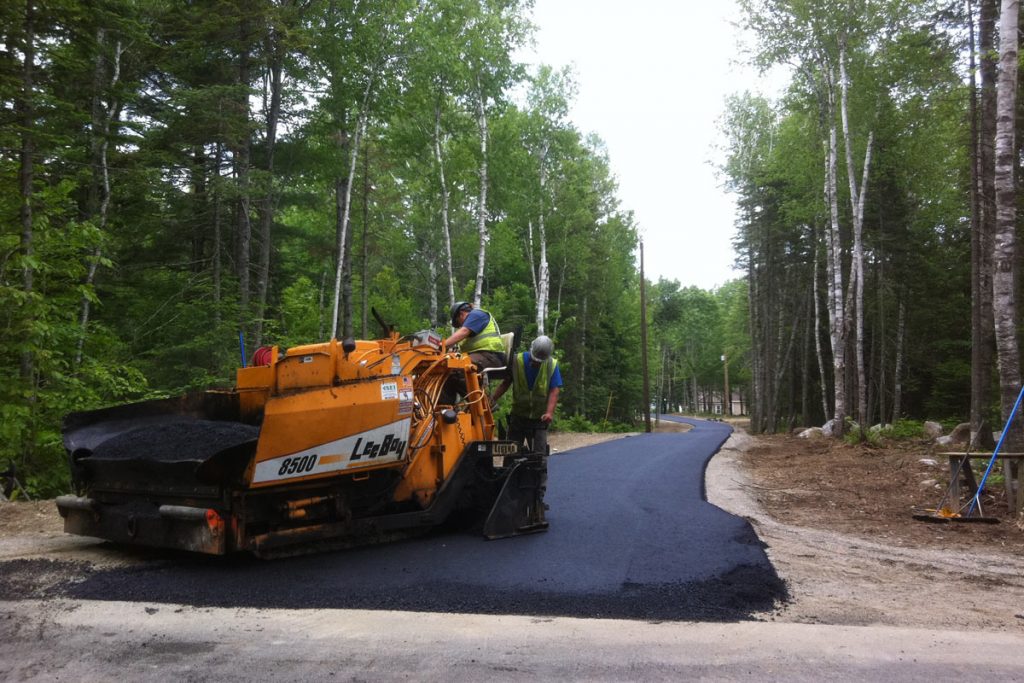 For 29 years, K.J. Dugas Construction Inc. has paved thousands of driveways around Maine. Owner Ken Dugas says a properly constructed and maintained driveway can last for as much as 20 years. – PHOTO COURTESY K.J. DUGAS CONSTRUCTION

How long a paving job takes depends on what preparation is needed, such as how deep crews will have to dig to put the gravel base in. Dugas said that work generally takes one to two days, while the paving itself takes only a few hours.

Dugas said homeowners are asked to stay off a freshly paved driveway for at least a day, although it sometimes takes longer for asphalt to set on hot summer days.

You need to get down to hard till. The gravel should be screened to make sure there are no rocks bigger than 6 inches.

When asphalt is laid down, it is generally at 275 to 325 F degrees. Even after it has been put in place, an 80-degree summer day can push the temperature of the pavement to 140 to 150 degrees.

Dugas said although the solid black color of a freshly paved driveway is appealing to homeowners, asphalt is in fact not fully cured and hardened until it turns gray.

When it comes to driveway sealers, Dugas does not recommend using them.

“Asphalt has to breathe, asphalt has to be porous,” he said, adding that sealers can trap moisture inside the pavement, which in turn causes problems.

He said rubberized crack filler is OK to use as necessary, but did not advocate for covering an entire driveway with sealer. He said sealer can be helpful if a leak from a vehicle has caused stains on a driveway, but he said a better move would be to fix the leak on the vehicle.

Dugas, whose company has done jobs as far away as Presque Isle, Jackman and Old Orchard Beach (with most work in Hancock, Washington, and Penobscot counties), said paving work is generally done between May 1 and the end of November. Surface paving usually occurs by mid-to-late October, while binder can be put down as late as Thanksgiving weekend, depending on the temperatures in a given year.